Why I’m Asking for Your Support 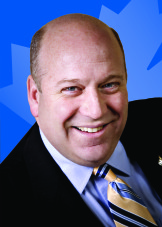 I’ve had the honour of serving and working hard for you every day as your MP for the last 17 years and it’s been a privilege to do so.

Over this time I’ve had the opportunity to work with my conservative colleagues on bringing hundreds of millions of dollars to this region, including major projects like infrastructure to our many border crossings here in Niagara to facilitate the flow of goods and services, the Niagara Falls convention center, which is used to bring in people from all over the world who often stay to visit all that Niagara has to offer. The Fleming center in Beamsville, the YMCA and wastewater treatment plant in Grimsby. There has been roads, bridges and parks in Pelham and West Lincoln, and renovations at the Wainfleet arena. There has also been funding for innovation at Brock, the vineland research center and Niagara college, and continued support for our vibrant agriculture industry to name a few.

I had the pleasure of drafting a private members bill that gave wineries 100% exemption on Canadian grapes. Jim Flaherty incorporated that proposal into the budget. This change has been one of the most significant pieces of legislation since free trade to stimulate an industry that was struggling financially. As a result of this, we have seen hundreds of wineries start up, not just here in Niagara, but from coast to coast.

As I talk to people all across Niagara West, they are very concerned about this out of control, deficit spending, liberal government and how it is creating long term and permanent damage to this country.

This election is about you and a clear choice for a better future.

Canada’s net debt is now over $1 trillion for the first time ever, after a $354 billion deficit for the pandemic year just over. It is expected to keep climbing with deficits of nearly $155 billion this year, and $60 billion in 2022-23. These liberal deficits are killing the future for our children and our grandchildren, and this amount does not even include the interest on our debt, or any of the other billion dollar promises Justin and the Liberals are making.

The reality of deficits is that you need to pay them back. Which means eventually everyone will pay more in taxes in order to do that. There is only one source of revenue, and that is you, the taxpayer.

What I hear when I am out talking with residents at the doors, is that no matter how hard you work or that you play by all the rules, there seems to be less and less money left over for you at the end of the month.

There are a number of things that a Conservative will do when elected. I encourage everyone to read the Conservative plan.

The bottom line is that a Conservative government wants to put more of your hard earned tax dollars back into your pocket and strengthen this great country.

This election you have a choice to make. A choice between the Liberals that believe their government knows how to control your lives and spend your money better than you, or a Conservative government that feels that you know best.

The choice is clear on September 20th. It’s time for you to get ahead!